Nature is inherently all about balance. If one thing gets out of whack, the whole system can suffer.

So then how do hunters help? Hunters know how important land is to their sport, so they promote the preservation of hunting lands. The environment is needed so the wildlife can exist. They advocate stopping urban reach from disrupting hunting lands. While this benefits the sport, it helps to preserve the greater environment and can protect areas from pollution.

Hunting also helps with population control. Is this an old argument? Yes. Is it any less true? No. Each state across the United states licenses and regulates hunting. State restrictions and limits are based on the animal, the season, its population numbers, and the U.S. Fish and Wildlife status. Some states can also place restrictions on which sex or how many animals a hunter can kill, depending on the animal. Hunters won’t hunt down animals like mule deers to extinction because they aren’t allowed to, the government restricts it. They will, however, keep certain species populations in check. 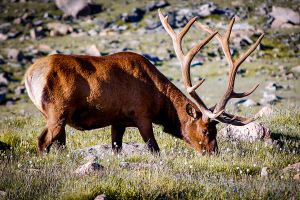 Hunters are Against Conservation

This seems counterintuitive, but hunters are actually for preservation and conservation. Hunters as far back as the mid 1800’s realized they needed to set limits on hunting to protect wildlife. Hunters were among the first crusaders for wildlife protection, and are still some of the most important conservation leaders today.

Hunting has also seen the rebound of many wildlife populations. For example, in 1907, only 41,000 elk remained in North America. Thanks to money and hard work invested by hunters to restore and conserve their habitat, there are more than 1 million elk today.

This couldn’t be further from the truth. Hunting is not only a sport but a business. In the U.S., over 854,000 jobs are connected to the hunting industry, from waitresses to game wardens, shop keepers to motel clerks. And with that, it boosts the economy by $55.4 billion annually.

Hunting businesses that sell ammunition, guns, and equipment, contribute to the economy through annual taxes. This, along with the sale of licenses, benefits the economy through the front (commercial sales) and back (taxes) end and helps financially bolster communities, large and small.

Hunters are Wasteful and Selfish

Hunting teaches not to be wasteful and provides hunters and their families free-range meat. This is as pure as it gets, as this meat has no growth hormones, no feed additives, no dyes, or cellophane sitting under fluorescent lights.

But it’s not just about families of hunters; hunting provides food for the homeless and the hungry as well. Local Colorado hunters Brandon Siegfried and Kraig Andrews started the Grand Junction chapter of Farmers and Hunters Feeding the Hunger in 2018. Through this program, hunters have the opportunity to donate their game meat to feed the hungry. In 2019, the organization received about 1,100 pounds of donated meat, or 4,000 servings, to locally feed the hungry.

We hope this helped to put into perspective these hunting misconceptions and the truth behind them. Hunting is important, not only as a sport, but for the many different industries, people, and animals impacted by it. In the spirit of celebrating our beneficial sport, come on a guided hunt with us. At Soap Mesa Outfitters, we provide the best guided hunts in Western Colorado and we’ll be happy to show you what you’ve been missing.

Book with us today